The Man, The King, The Girl (Remastered) 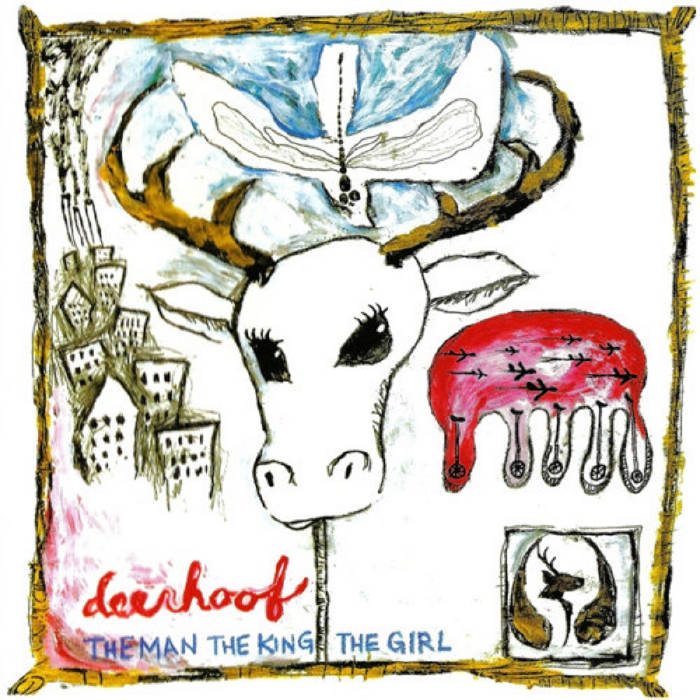 Scorber23 this is from way back when i 1st heard DH .. so stoked to get this on vinyl! Favorite track: Gold On Black.

rano all my love to the sun this, morning sky! Favorite track: Polly Bee.

The All Heretic W

Although Deerhoof had already released a handful of vinyl and cassette oddities, The Man, the King, the Girl is officially acknowledged as the group’s debut album. The recording features the early Deerhoof core unit of Rob Fisk on bass and guitar, Greg Saunier on drums, and Satomi Matsuzaki on vocals.

The opportunity to record The Man, the King, the Girl came about through the band’s relationship with Kill Rock Stars, Deerhoof had released a single with the label in 1995. “Our seven inch was anything but a smash hit,” Saunier observes. “If that was our trial period with Kill Rock Stars, I can't imagine what about the results of that single convinced them it was time to do a full length CD. But somehow within the logic of their decision making, for which I will forever be in their debt, they decided that Deerhoof should have an album.”

“We didn't really know what we were doing,” Saunier continues. “But once we realized we were gonna be making an album we would record all our practices and try to find magical moments. Funny things would happen by accident that would give something special to a particular song. Something that couldn't ever be repeated. We'd get home after recording, and try to find all the most magical moments from the stuff we'd recorded. Making that first album was probably two years of compiling zillions of those tapes.”

For Satomi Matsuzaki the album remains a highpoint in the band’s discography. “It's one of my favorite Deerhoof albums. It's chaotic, but it sounds so real, and our characters are so out there.”