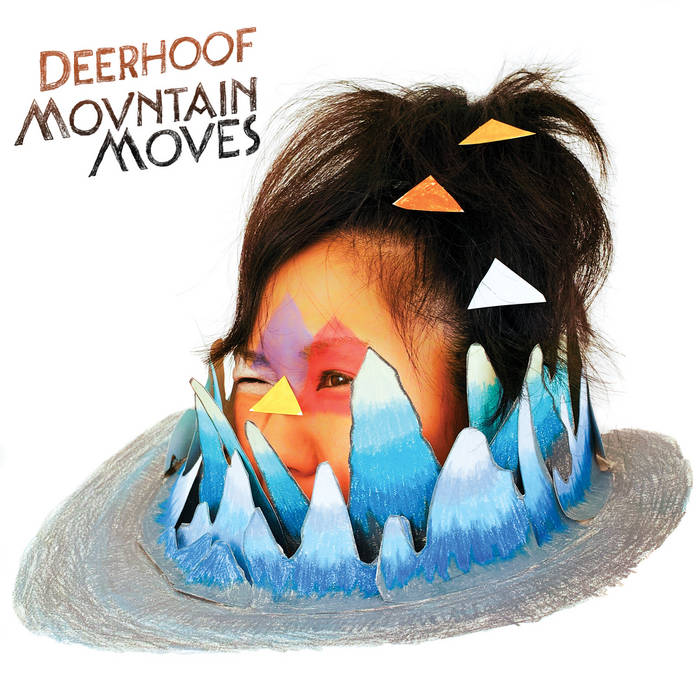 Slut Aus Nord One of the very few bands that have constantly evolved with musical technology, Deerhoof prove once again their supreme relevancy. MM is a fantastic refresher, bringing in different vocalists and timbres to the usual unformulaic formula. A band who remain in a league of their own... Favorite track: Palace of the Governors.

Joe Murphy One of the coolest bands on the planet Favorite track: I Will Spite Survive (ft. Jenn Wasner).
more...

...dont worry about it

Experiencing one emotion at a time is a luxury of the past. Think back to that moment at the women's march or the pro-science rally, when you spied a small child holding a handmade sign that read "I love naps but I stay woke" or "Boys will be boys good humans" or "May the facts be with you." How adorable! How upsetting! How the hell are they going to make it to adulthood in this toxic environment?

Deerhoof is right there with you. They recognize that we are simultaneously living in two worlds, one a maniacal, mainstream monoculture hell-bent on driving humankind into extinction, the other a churning underground teeming with ideas and dogged optimism and the will to thrive and survive. Mountain Moves refutes the former by ecstatically celebrating the latter.

Though Deerhoof have often made albums from start to finish with virtually no input from the outside world, now is not the time for artists to operate in isolation. Mountain Moves throws the doors wide open. Working quickly, the band invited myriad guests to participate, some of them dear friends, others practically strangers. They are of different ages, different nationalities, different disciplines. The only common thread was that each and every artist on Mountain Moves doesn't fit into a single, neatly-defined category – and doesn't wish to.

The results, as expected, were unexpected. Guide vocals and simple melodies were dispatched via email, only to be answered with an outpouring of alternate harmonies, suggestions for arrangements, additional instrumentation. Every file received triggered a new rush of jumbled emotions. Some guests crafted their contributions in the small hours of the dawn, toiling in hotel rooms before driving eight hours to the next tour date; others hopped on the subway and recorded with the band in-person.

Collisions and collusions abound on Mountain Moves. In addition to its bounty of originals, the program includes three covers that epitomize the album's assemblage of disparate ideas and personalities. Reducing Bob Marley's "Small Axe" to a beat-less fragment of hymn-like simplicity magnifies the song's rebellious spirit and undercurrent of violence. Deerhoof vocalist Satomi Matsuzaki, a Japanese immigrant, lifts the Staple Singers' "Freedom Highway" out of its original place and time, imbuing it with a new sense of alienation from one's own country. Snippets of the bass recitative "For behold, darkness shall cover the earth" from Handel's Messiah provide the foundation for a fresh take on Chilean folk hero Violeta Parra's bittersweet masterpiece "Gracias a la Vida."

Adventures outside the United States also informed the making of Mountain Moves. During a recent visit to Brazil, the band was astonished to see how enthusiastically audiences at concerts sang, danced, and reveled – a cultural response, they learned, to the scarcity of resources for all but the nation's wealthiest elites. Elsewhere, the experience of confronting unfamiliar audiences of fired-up Red Hot Chili Peppers fans taught them that one of their greatest skills – the ability to recalibrate their sound nightly to suit a particular venue – wasn't limited to basements or small clubs. The broader strokes of Mountain Moves sprang forth from lessons learned while trying to engage audiences of 20,000+ across the vast distances of Northern European sporting arenas.

If Mountain Moves were a movie, it would be a double feature, Journey to the Center of the Deerhoof and Escape from Planet Deerhoof, shown side-by-side simultaneously. The record epitomizes the band at its very best, exploring new realms between the poles of independence and invention. It also serves as a welcoming point of entry for new listeners outside Deerhoof's traditional orbit, an opportunity to bring even more voices into the communal conversation. We're all in this together.

Deerhoof is John Dieterich, Satomi Matsuzaki, Ed Rodriguez and Greg Saunier. The only thing they see eye-to-eye on is the freedom to not see eye-to-eye. Their guests on Mountain Moves include Awkwafina, Juana Molina, Mantana Roberts, Xenia Rubinos, Lætitia Sadier, and Jenn Wasner. Together, they made this record for you. For all of us.

Written by: Kurt B. Reighley