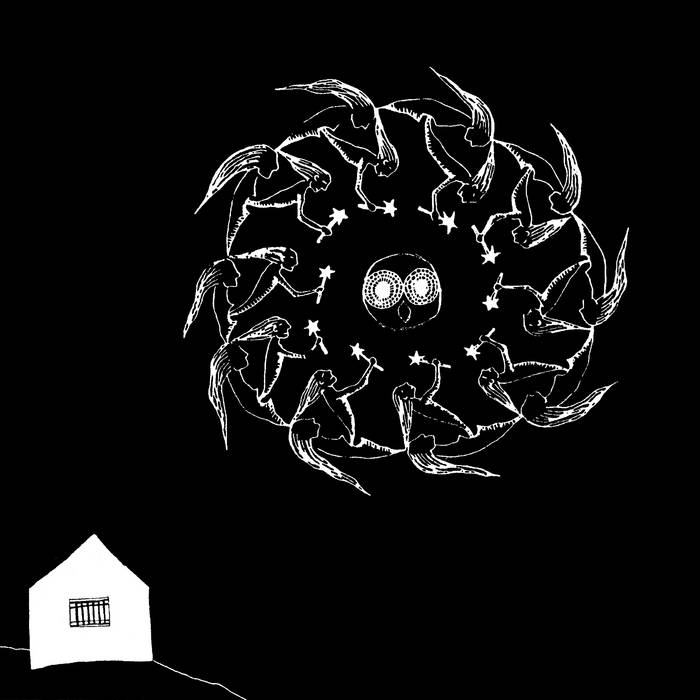 During the recording of Holdypaws, Saunier thought he’d discovered a foolproof formula for high-fidelity pop perfection, but things didn’t turn out as planned.

“Our friend Bob got a computer,” Saunier recalls. “Bob had an early version of Pro Tools. You know, it's very widespread now and everybody has GarageBand, or Ableton, or whatever — but this was an early model. Bob agreed to allow Deerhoof to come to his basement and try to record Holdypaws. He made this agreement after seeing us play live and thinking we were very fun loving and spontaneous, and surely we'd come in and blow through an album's worth of songs and be done in an hour. That’s how our shows were, they were so spontaneous and fun.”

Unfortunately for Bob, the Holdypaws sessions were anything but spontaneous as Saunier obsessed over every aspect of the recording process. “In our minds we wanted to record at his place because we thought we'd finally found the magic bullet of high-fidelity sound. So we came in there with the most nit-picky attitude. We'd never done any computer recording before, but we just waltzed in as though we knew everything about how to do it. We took a perfectionist approach and played the songs in the complete opposite of how our live shows were, and completely the opposite of The Man, the King, the Girl. There was no noise on Holdypaws, no improvisation, there was no chaos, and there was every intention to be as hi-fi as possible. We wanted to make a clear, perfectly-sounding, and perfectly-performed indie rock pop record.”

Along with the new recording techniques Deerhoof completely reinvented their approach to performing on the Holdypaws sessions. “I didn't even play drums on that album,” Saunier observes. “I sampled one bass drum hit from Ringo Starr's drum solo on Abbey Road and loaded it into a keyboard Bob had. Then I took the snare drum hit from what was then the new record from Keith Richards And The X-Pensive Winos. So the drums on Holdypaws are just two keys on a keyboard — one was the bass drum, and one was the snare. I was just completely convinced that was the way to create a hi-fi record, because every single drum hit would sound exactly the same on every song, and would be the perfect tones.”

Holdypaws also marked Satomi Matsuzaki’s first appearance on bass, and the arrival of Kelly Goode on keys. “We weren't using any kind of traditional music vocabulary,” Saunier remembers. “Although Kelly didn't play the keyboard at all, we felt it would really help our sound if we added her. But the only keyboard we had was a Casio VL-Tone that I had gotten as a Christmas present in the early '80s. It was very small, it only played one note at a time, and it doubled as a calculator. Because it was a calculator, every key had a number. But they weren't really even keys, they were just little black and white buttons that were sort-of arranged to look a little like a piano keyboard. So each key had a number, and the way we would figure out these songs was to give Kelly a sequence of numbers of the buttons to press and then the melody would come out right. At the same time Satomi had decided to teach herself to play bass. She had a collection of animal stickers which she put on the neck of the bass, one for each fret. So when we were figuring out the songs we'd be like, 'You hit bear three times, and then go to lion.' [laughs]”

But according to Saunier, Bob was growing weary of Deerhoof’s endless experimentation. “As we were mixing it Bob finally got impatient with me. He had kids, and I was coming over to his house and doing all-nighters on his computer too many times. After a week or so, he was like, 'We're finishing this today.' I was like, 'What? I'm nowhere close to getting this thing right!' [laughs] So in the end it was a completely panicked mix. We had to make the final mix so fast, and I didn't feel like we were ready at all.”

Holdypaws remains a fascinating gem in the Deerhoof catalog. “I’ve always felt the charm of the record was in its failed attempt to be a perfectly recorded mainstream rock record” Saunier adds. “I don't know what we thought, maybe that it would sound like Sheryl Crow or something? [laughs] But it so did not turn out like that.”