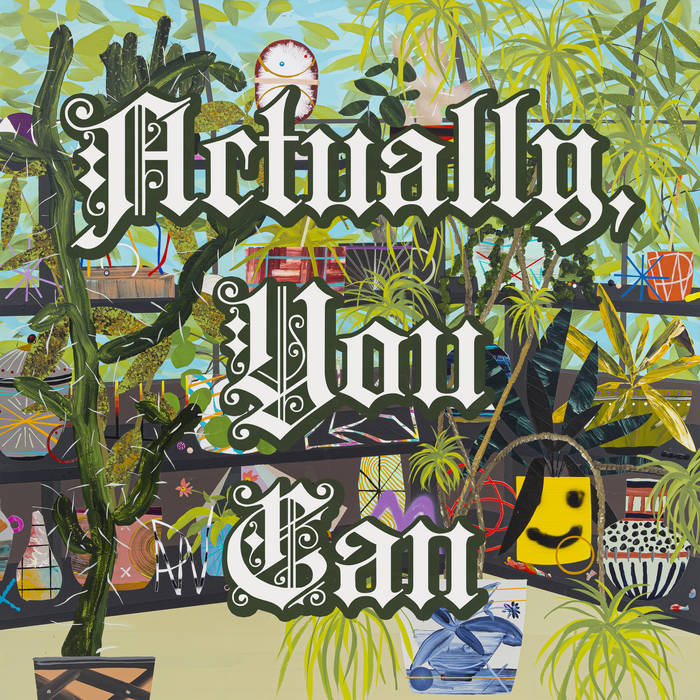 Eme Alwin One of their best albums for sure Favorite track: Plant Thief.
more...

Think of all the beauty, positivity and love that gets deemed ugly, negative and hateful by the self-proclaimed guardians of 'common sense.' We'd hardly be destroying society by dismantling their colonial economics and prisons and gender roles and aesthetics. We'd be creating it!

Over eighteen boundless albums as experimental as they are pop, Deerhoof has continuously quested for daring storytelling and radical sounds, creating a new shared language of revolution. 2020’s Future Teenage Cave Artists explored fairytale visions of post-apocalypse, welding intrinsic melodies with absurdist digital recording methods. Its sequel Love-Lore, a live covers medley, channeled futurist mid-century artists—Parliament, Sun Ra and Stockhausen, to name a handful— into a patchwork love letter to the anti-authoritarian expressions that inspire the band. “We suddenly felt extra free and non-judgmental towards ourselves,” says drummer Greg Saunier of their audience’s enthusiastic reception to these records. Feeling galvanized by the challenge of unifying many styles of music, Deerhoof landed on their next record’s concept: DIY baroque. “We wanted our own working person’s version of highbrow, with all the operatic flourishes and twinkles and sparkles,” says Saunier. Deerhoof set to scheming, using their agility, wit, and outlandishness to create this exuberant ode to unexpected growth.

Actually, You Can is a genre-abundant record that uses technicolor vibrancy and arpeggiated muscularity to offer a vital shock from capitalism’s purgatorial hold. Opener “Be Unbarred, O Ye Gates of Hell'' literally storms the barricades, interpolating a Handel aria, a Maya Angelou essay, and a Catholic homily in which Christ descends into inferno to release its captive souls. “These days, to be a moral person is to be a criminal,” clarifies Saunier of the album’s countercultural embrace of liberation. “That’s the spirit we were trying to express: an angelic, glamorous prison bust.” That glamour comes replete with thrashing twin guitar assaults from Ed Rodriguez and John Dieterich, and Saunier’s tuned-up, hyperpop-via-nu metal snare bombast. “Scarcity is Manufactured,” Actually, You Can’s thesis, flips “La Bamba'' into uncharted time signatures; Rodriguez and Dieterich shred in and out of unison at a high speed scrub while Saunier’s heavier-than-ever kit bashes in sync with Satomi Matsuzaki’s fuzzed-out bass. She sings with a candy in her mouth, “I thought it was night, but it’s day! It’s every day at once! Behold my house of light! Bankruptor of the rainbow!” It’s a condemnation of America’s mundanity, replacing the narrative of inevitable violence with the real joy that's not being talked about.

Rodriguez’s solo demos were a stimulating influence on the group’s lean towards rococo garage, especially the moments that capture the hazy twang of Mexican rock. In 2017, Rodriguez contributed Tejano-inspired recordings to a Deerhoof box set and co-wrote with Luz Elena Mendoza of Y La Bamba. “It felt really rewarding to do that,” Rodriguez remembers, so he further mined childhood memories of his dad playing boleros with family:; “It made sense to bring in some of that to Deerhoof.” With Rodriguez’s compositions rooted in community and kin, and massive demonstrations against police brutality happening worldwide, the band felt drawn to an ethos of care. “We talked a lot about the protests and the idea of creating utility music that makes you move and motivates you,” explains Dieterich. For his own demos, envisioning a possible future of only outdoor gigs, Dieterich consulted mini-cassette field recordings of a harvest festival his wife taped in Japan. “It's really joyous sounding music, even as it's austere and opaque,” he says, and it fits the album’s evocation of a blaring ritual. “I have been collecting plants the last few years and I saw the growth every morning that encouraged me to start a day,” offers Matsuzaki of a non-musical influence that encouraged her recording process and deepened the album’s themes of plenitude. “Plants always lean towards sunlight. Me too,” she clarifies. Lush vegetation became a visual theme extended by artist Paul Wackers, who painted Actually, You Can’s cover. Its insert features a greenery-overgrown lowrider, which became a central symbol for the musicians;: lowriders redesign those central tokens of mainstream mass-production, in ways that contradict its intended purposes, turning them into painstaking, individualistic works of art, expressing pride, faith and dissent.

Deerhoof’s players are not strangers to home-recording their individual parts, and have long embraced composing via file trading. But 2020’s halt to touring kicked off their longest separation from playing together. As the group’s combined demos became increasingly layered, Matsuzaki put her foot down, insisting the new album should replicate concert energy. “This album needs to be two guitars, bass, drums, period, that’s it. I want to be able to play these songs,” she said. Waking from a vivid dream of the quartet on huge stages with past tourmates Radiohead and Red Hot Chili Peppers, Saunier fugue-arranged his bandmates’ complex demos into songs to make an audience smile and dance. Over several months, each member re-tracked their parts at home, then sent back to Saunier to mix. Matsuzaki scrutinized spots that would betray the conceit, eliminating anything that took away from the sound of onstage grandeur. “We spent so many weeks imagining playing together, it became almost a fake memory,” Saunier marvels.

For Deerhoof’s members to continually uncover new corners of their own talent requires deep wells of gratitude, not only for each others’ creativity, but for the freedom their career affords. “If we have chemistry, part of it is that we don’t quite understand each other’s music,” jokes Saunier. But by embracing each other’s art with curiosity, Deerhoof authors a musical alphabet that continues to astound and inspire, a unique lexicon expanding limitlessly with each album. Throughout Actually, You Can, the group employed a distinctive effect; it’s a sonic allegory for the idea of sympathetic strings, described in “Divine Comedy,” an epistolary song written to a friend who works to convert abandoned factories into migrant housing. Pitching instruments up an octave and sending them through a piano sustain, the band created vibrational overtones, resonating gorgeously above the ordinary. That shimmering otherworldliness could be a metaphor for Deerhoof itself. For new listeners and decades-long devotees, Deerhoof’s electrifying, generous approach to collaborative worldbuilding on Actually, You Can is an emboldening call to support our communities with renewed strength, infinite love, and the resilience to keep exploring.